The 'Dargah Sharif' or Ajmer Sharif in Ajmer is held in great esteem by devotees of all communities.
Cultural India : Indian Pilgrimage : Ajmer Sharif 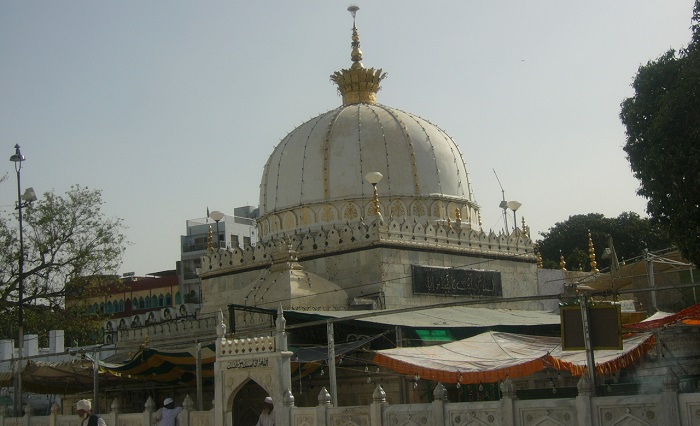 Khwaja Moin-ud-din Chishti left for heavenly abode in 1256 AD after a six day prayer in seclusion. To commemorate those six days, the annual Urs, which is attended by innumerable pilgrims irrespective of their faith, is held at Ajmer every year. The shrine (Dargah Sharif) is considered to be a place where wishes of everyone are fulfilled. During the medieval period Akbar, the great Mughal emperor also visited the Dargah Sharif and sought blessings for his son.